Last Sunday Joellen turned double digits!  She was pumped to be the big 1-0.  If turning ten is not exciting enough, it was made that much sweeter by having my parents here to celebrate (the kids call them Mimi and Jaybird).  When Joellen woke up, we asked her what she wanted to do on her big day.  She said, “I want to go to a volcano!”  So we all ate a quick breakfast and then piled into the Subaru.  Marc and Cam crammed in the way back in the trunk and Joellen got to sit in a seat since it was her birthday.  We drove an hour to the Poas Volcano with fingers crossed that we would be able to see the crater.  Many times this volcano is covered in clouds and you can’t see diddly-squat.  We lucked out that it was a clear day and we were able to see right into the crater. 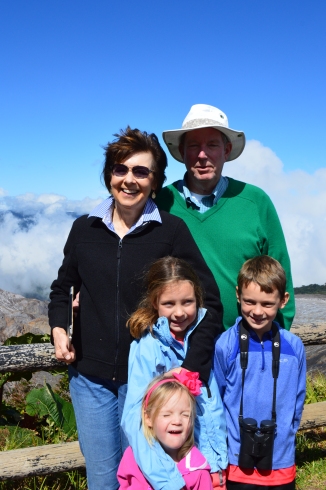 After the volcano, we drove back home and it was time for cake.  The lady next door to us, Dona Edith, had her 6 year old granddaughter over for the weekend and Joellen wanted them to come over to celebrate.  Dona Edith is like a grandma to Joellen so it was special to have her there. 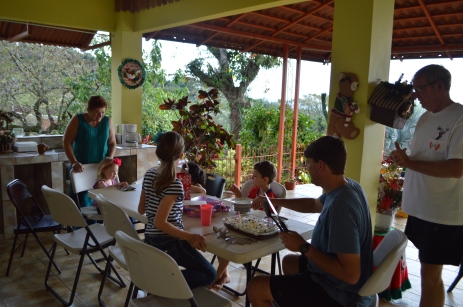 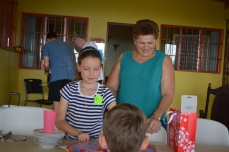 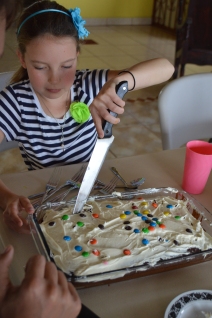 And here is a photo of Joellen with Mimi.  I just love this one.  Maybe it’s just me, but I think they look alike.  And boy do they act alike.  They have the same personality and even have many of the same mannerisms.  Joellen calls Mimi her twin.

And finally a picture of Joellen with the proud parents.  Words cannot describe how much Marc and I dig this chic.  She is 100% pure sweetness.  Joellen, ten years down…many more great years to go.  We love you.  Te amo mucho.

20 thoughts on “Muy Bien…Joellen is Ten!”