Well, the other day I learned more than I ever thought I would about alternators and then some!  We were having issues with our batteries where they would not charge fully and would not keep their charge.  A boat without batteries is no bueno.  We tried to troubleshoot the problem by researching in Niger Calder’s Mechanical and Electrical Manual (a must have for cruisers because something is always in need of fixing).  After hours and hours of discussion amongst me, Marc, Ben and Teresa, we determined that it was probably an issue with the alternator.  So off came the alternator.  And off to Dixie’s Electric (a little mom and pop shop in Hampton, VA) we went.  How did we find this place?  Ironically enough Ben was in Hampton a few years ago on his boat and he had alternator issues and the guys at Dixie Electric rebuilt his alternator.  So a note to you fellow cruisers…if you stop in Hampton…YOU WILL HAVE ALTERNATOR ISSUES!!

OK, so I’m sure you are dying to know what was wrong with our alternator.  Well, after Dixie Electric ran a test on the alternator, we found out there was NOTHING wrong with it.  So back to the drawing board we went.  And off to West Marine we went…for the 8th time in 3 days. 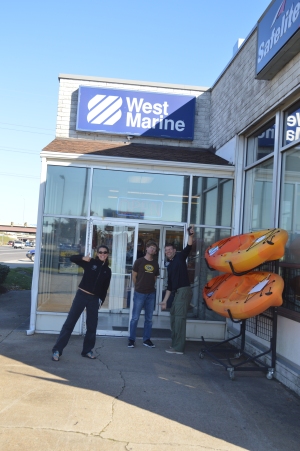 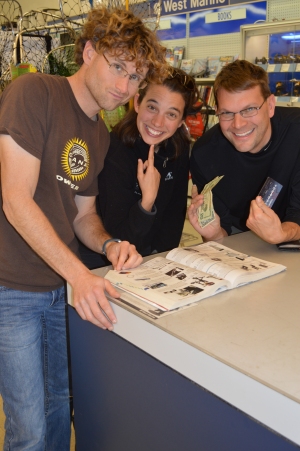 After more Nigel Calder research and more trial and error, we had to call in the big guns and phone the local marine mechanics.  Hampton Marine Services showed up and within 10 minutes, the mechanic determined (by using an amp meter) that one of our house batteries was bad and was sucking the life out of the other ones.  Really, that was it?  It was that simple?  Well, not all was lost.  At least I learned how an alternator works and how to take one off and put it back on.  So if you ever have an alternator issue, have me on speed dial! 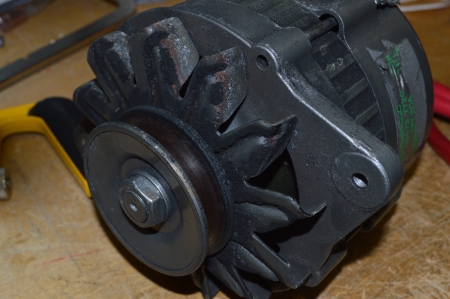 13 thoughts on “Look Ma! I took off the alternator!”