How on earth have we been here for two and a half months and I can’t seem to get a blog post out on a regular basis?  I think it boils down to Pura Vida, otherwise known as Carpe Diem.  We have simply been enjoying living in the moment and living “tranquilo” as the Costa Ricans call it.  It took us a few weeks to really slow down and live the way the Ticos do.  They do not rush.  They stop their cars along the road when they see a friend and chat for five minutes before heading on their way again.  Most people do not have cars here in Costa Rica so they walk everywhere instead.  All along the roads you see people walking and then stopping to talk.  Friends and family sit often together in the afternoon to chat and have coffee together.  Every time we run a tad late to something and try to apologize for being late, the Ticos look at us like we are crazy and say, “Tranquilo.  Pura Vida.”  And they really mean it…they feel life should not be rushed and that we should all live as tranquil and peaceful as possible.  Nothing is fast here.  You take your car to the mechanic and you’re lucky if you get it back three weeks later when in the US it would have taken three hours.  But there is beauty in that.

It is no surprise that The Travel Channel and Forbes magazine both have ranked Costa Rica has the happiest country in the world and the majority of the top ten happiest countries being located in Latin America.  To quote The Travel Channel, “Where are the happiest people? Hint: Mostly in Latin America.  Costa Rica, an-army free country has to be doing something right. The happiest country on Earth can’t have many enemies. With abundance of natural beauty — from beaches to volcanoes to rainforests — Costa Ricans appreciate their bounty. The local saying, “Pura vida,” loosely translates as ‘Life is good.’  And here in Costa Rica, life is pure happiness, too.”  Our travels these last nine months have really caused Marc, the kids, and I to take a step back and look at the way we want to live our lives going forward.  Living on the ocean and living here in Costa Rica has opened our eyes to the beauty of simplicity and slowing down.

Okay, so what have we been up to?  Where to begin.  Well first off we’ve been spending four days a week at the orphanage.  Cherie and her six kids feel like family now.  The other day, Cherie and I were in their kitchen and we were both saying how it’s hard to believe we’ve only known each other for a little over two months.  It seems like we’ve been a part of each others’ lives forever.  I guess that is how you know you have a friend for life.  And Cherie’s six kids at her home are now forever part of our lives too.  It took some time with the language barrier and just getting to know us for the kids at Residencia de Vida to feel completely comfortable around us.  Well now they joke with us, play tricks on us, hug us so hard to purposely knock the wind out of us, and ask us to play soccer with them and braid their hair.  I’ll write another blog post soon on what our family does at Residencia de Vida on a typical day.  But the exciting news is that Cherie and her kids just moved towns from Atenas to Grecia (translation: Athens to Greece).  Cherie has been wanting to move to Grecia and she found the perfect house to rent for her and the kids.  There was lots of help for the move from people both on the Atenas end and the Grecia end.  And such a small world that there were two couples there that have a connection to my hometown of Marietta, Ohio.  One couple is from Athens, Ohio, a town close to Marietta.  And a sidenote: so funny that they moved from Athens, Ohio to Atenas (Athens), Costa Rica.  And another couple on move day is related to a family friend in Marietta.  Jean Cahill (2nd photo down on right with Joellen) is the sister of a good family friend, Martha Tipton and aunt of my friend Paula Tipton.  I love all my hometown connections.  Here are some photos of the old orphanage home on move out day. 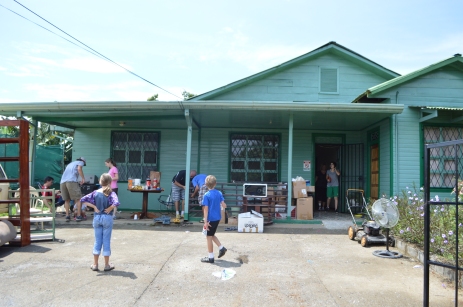 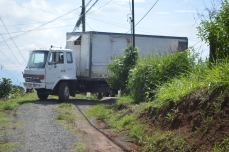 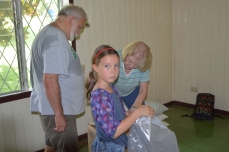 We too have moved.  The orphanage moved about an hour away from the house we were renting in Atenas and it’s an hour of intense driving with all the mountains, curvy roads and crazy drivers here.  Plus there’s a large group of American homeschooling families in Grecia.  So we found a home to rent here in Grecia and two days after the orphanage packed up and moved, we Konescos boxed ourselves up and moved.  We love it here in Grecia and have amazing friends here.

Monday was Costa Rica’s independence day.  It is a BIG deal here.  No fireworks like back in the US but everyone dresses up and every little girl puts on her special dress and good gravy is it precious.  We headed into downtown Grecia to the local parade and got a real feel for El Dia de Independencia.  Here are some photos. 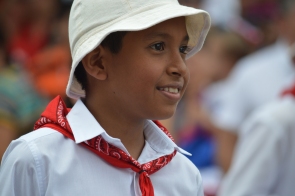 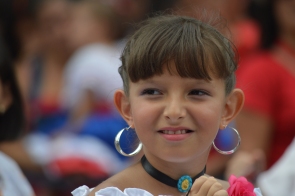 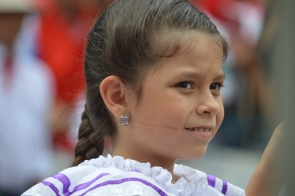 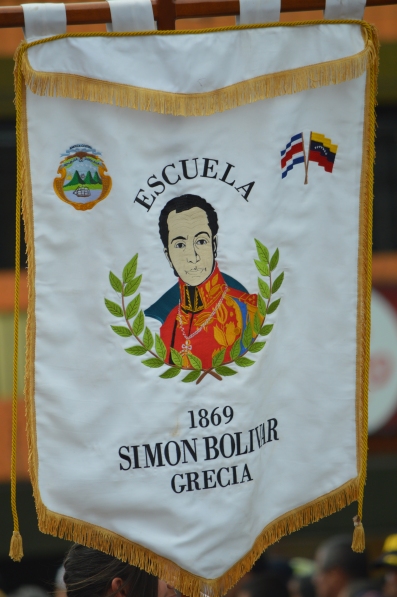 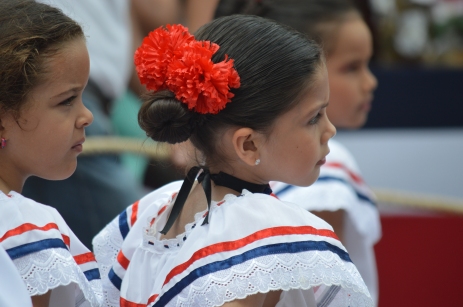 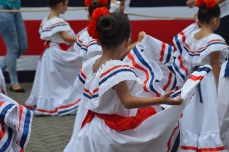 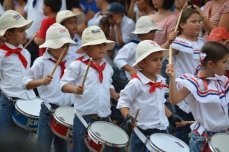 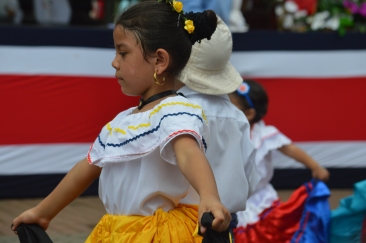 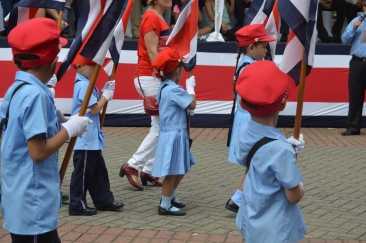 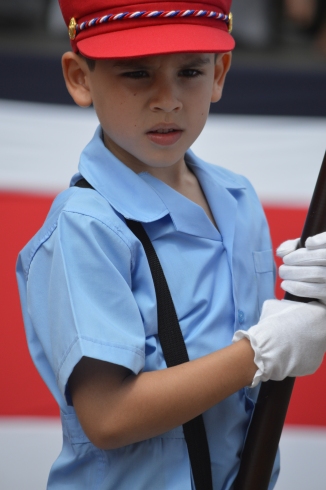 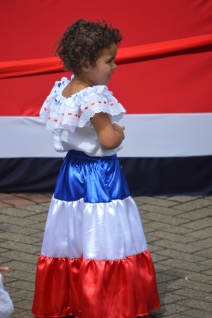 Also this past week we traveled into the capital of San Jose to visit my old host family.  Back in 1997 I lived in San Jose for a year with a Costa Rican family.  It was so much fun to see them and catch up.  My host mom’s name is Maria Eugenia so she LOVED it that we named one of our children Maria.  My sweet little Costa Rican grandma could not stop squeezing Joellen, Camden, and Maria’s cheeks and luckily our three kids took all the attention in stride.  The beautiful girl in the photo below, Andrea, was in Kindergarten when I lived with them and I used to walk her to school.  Crazy to see her all grown up.  Other than Andrea, everyone else in my host family did not seem to age at all.  Honestly they all looked younger.  Oh those fantastic Latino genes.  We plan to visit them at least one or two more times before we leave Costa Rica.

So that is a quick little update.  We have many more blog posts that we want to write but our house here in Grecia does not have internet so it makes blogging a tad more difficult.  The kids are continuing to thrive here and Marc and I are getting into the groove again now that we are settled into our new house.  Next week: a quick trip to Nicaragua to renew our 90 day tourist visa.  The long bus ride with Maria just becoming potty trained should be good material for a blog post!